The man in the middle of this photograph is Richard Shannon, coachman at Heaton Hall for more than twenty years around the turn of the last century. 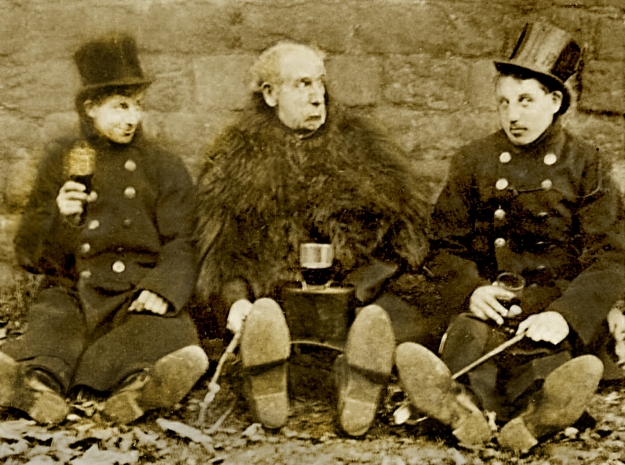 His great great granddaughter, Yvonne, and great grandson, Arthur, have researched Richard’s fascinating life and hope that publishing their findings on the Heaton History Group website will lead to more information about life at Heaton Hall and some of Richard’s colleagues. Maybe someone reading this knows the identity of the other men in the photo? Yvonne takes up the story:

According to family oral history, this photo was taken while Richard was working as head coachman for Mary Potter at Heaton Hall. All three men are in livery which shows they work for a wealthy employer, as indeed the Potters of Heaton Hall were. Lord William Armstrong’s own mother was Annie Potter, a member of the same family. The fact that there are three men also indicates wealth, as there was a tax on male servants right up to 1937 so more male servants implies more wealth in the family.

They are wearing box coats and these are fastened right up to the neck. Richard as coachman is wearing a bearskin cape usually about 18 inches long and these superceded the multi ‘caped coats’ which used to be worn. The clothing and the fact that there seem to be leaves on the ground indicate that the time of year may be autumn/winter.

A coachman was expected not to leave the driving seat once the journey had started, his priority was ‘driving and looking to the horses’; hence there were the footmen or groom to assist ladies to alight and carry parcels etc when shopping.

Richard worked for the Potter family for over 20 years so I think it must have been a mutually happy working relationship. Coachmen were regarded as ‘senior’ servants in the Victorian servant hierarchy and would be given orders only by the butler or the master or mistress. Coachmen were also one of the few servants allowed to live on the premises with their family and indeed this is the case as they lived in the coachman’s house shown so well in Keith Fisher’s book.

The 1901 census gives a small insight into the lives of those people living at Heaton Hall and demonstrates a substantial household. Mary Potter, a widow is 72 years old and is head of the household. Living with her are her son, Charles, and daughter, Hannah. Also listed as living in the Hall, are Hannah Beckworth, the cook, and kitchen maid, Jane Mathewson. Then there is the upper house maid, Frances Clement, and two further housemaids, Mary Coates and Martha Wood. Living in Heaton Hall grounds at the Butler’s House were Francis and Sarah Harrison, the butler and his wife. At the laundry were Agnes Lee, the laundress, and her 85 year old father, Thomas Currie, and finally at the Coachman’s House was my great great granddad, Richard, then aged 61, with his wife Margaret also 61, and their sons Ernest, 25, (my great granddad) and Walter, aged 19. Ernest is working for a dye works and Walter as a gardener. There is no mention of the names of the footmen in the photograph so they may have lived ‘out’.

Before ending up at Heaton Hall, Richard appears to have lived an active life. He was born in Argostoli, Cephalonia, one of the Greek Islands, in 1839 (only two years after Queen Victoria came to the throne) and christened there in the parish church by Brother Lawrence Cappucini, who was parson of the parish. The church is still standing to this day. He was in Greece because his father, Thomas Shannon, was a soldier in the 1st Battalion of the 53rd Shropshire Regiment of the Foot and was stationed there with the battalion possibly during the Ionian wars. Richard’s mother, Mary Shannon nee Reed, was born in Sculcoates near Hull.

The battalion and Shannon family returned to England by sailing ship to Plymouth and landed on 9th June 1840. Unfortunately, just a few weeks later on 23rd July, Thomas was sentenced to six months hard labour and incarcerated in Exeter Gaol for stealing goods from a certain Robert Vickers, a victualler and pub landlord. He is said to have stolen a pewter pot valued at 12 pence, a half pint measure valued at 12 pence and a glass tumbler valued at six pence. On his release, Thomas rejoined his battalion in 1841 and was living at Marine Barracks, Mill Bay, Plymouth. In the meantime his wife and child were staying at what appears to be a type of tenement building at Boundary Place, St Andrews also in Plymouth. We know that by 1843 Thomas and his family had moved to Edinburgh with the 53rd who were stationed at Edinburgh Castle. It was whilst here that Thomas died by accidental drowning in the River Forth at Leith. He was only 36 and is buried in Cannongate Churchyard, Edinburgh. His widow Mary, with Richard then a small boy aged 3 or 4 returned to her home at Hull. Little is known about Richard at this point but his mother married again and the family lived in Hartlepool.

Richard’s eventual position as coachman to Heaton Hall may have begun on the 7th November 1861 when he enlisted in the 12th Lancers, a cavalry regiment which would be where he would gain learning and expertise in horse handling skills over a period of 12 years service. When he was discharged on 15th November 1873, the army records state ‘character very good’ (one might conclude that he did not take after his father) and it might be that this reference helped him to his next immediate job, also in 1873, when he was employed as a groom in Hartlepool. The photograph below shows his pocket watch engraved with his name and regiment, unfortunately this is the only tangible object we have left. 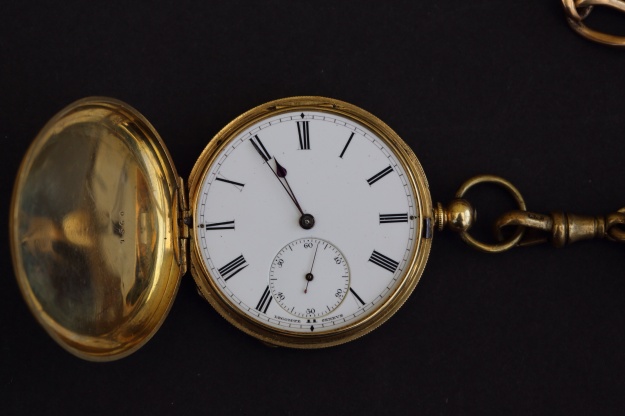 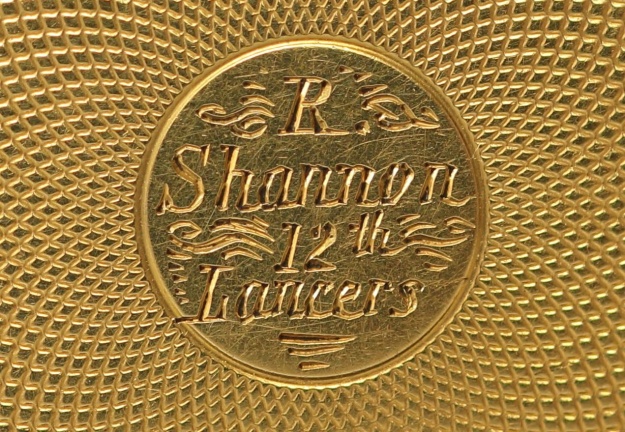 His career seems to have progressed smoothly and by 1881 he was engaged at Hutton Rudby as a coachman to Thomas English Pyman, a wealthy ship-owner. In 1891 at Layton Hall, Yorkshire, he was coachman to John Proud, a solicitor, but by the next census in 1901, he was at Heaton Hall and coachman to Mary Potter. Richard lived in the coachman’s house with his family and worked until his final illness which lasted just seven days. He died from cerebral thrombosis or a stroke in 1921 at the age of 82.

His widow Margaret moved out soon after to 40 Chillingham Road but died a year later. She is buried in the same plot as her husband. The grave is marked by a small headstone shaped like an open book and one side gives Richard’s details whilst the other side remains blank. I recall my granddad saying that the blank side was to write an inscription to Margaret but the family couldn’t afford it at the time.

The three men with their glasses of beer look happy in the photograph and it would be wonderful if we knew what they were talking about. It may be that the younger ones were conscripted during the First World War and left the service of the Potter family. Richard would be far too old to enlist. Some of the literature on the lives of servants describes how ‘older’ coachmen might be kept on by the family to drive the more mature family members who preferred a sedate pace of travel – this may be what happened in Richard’s case but, we don’t really know. Perhaps by the 1920’s the Potters were using motor vehicles and carriages were becoming a thing of the past. My granddad did mention once that his sister had been ‘in service’ at the Hall and when it was closed she was allowed to take a majolica plant stand as a remembrance. I know that the plant stand which was about 3ft high tan coloured with black tracery in a diamond pattern was left in the backyard of a house in Greystoke Avenue, Sandyford after he died – I’ve often wondered if it was still there.

If you have any more information or photographs of anyone who lived or worked at Heaton Hall, we’d love to see them. Or maybe you can add to what Yvonne and Arthur already know about other areas of Richard Shannon’s life? You can either leave a comment here (click on the link immediately below the title of the article to leave a comment or to read those of other people) or email chris.jackson@heatonhistorygroup.org

1 thought on “The Coachman of Heaton Hall”