Gwen Usher of Gosforth has kindly shared with us the history of her family, who lived, worked and went to school in Heaton. And she told us about the parts various members played during the First World War.

Isaac, the third of four children of  William and Sarah Elliott Gilhome, was born in 1860 in Embleton, where his father had a butcher’s shop. After leaving school, Isaac went on to become a butcher himself and the 1881 census records him, aged 20, working in his father’s shop. By 1891, the family’s circumstances had changed completely. Sarah Gilhome had died, leaving William as a widower, aged 64. He had moved to Jesmond, where he was living in a toll-house and working as toll collector. By this time, Isaac had met and married Mary Isabella Porter, which is when the family’s connection with Heaton began. 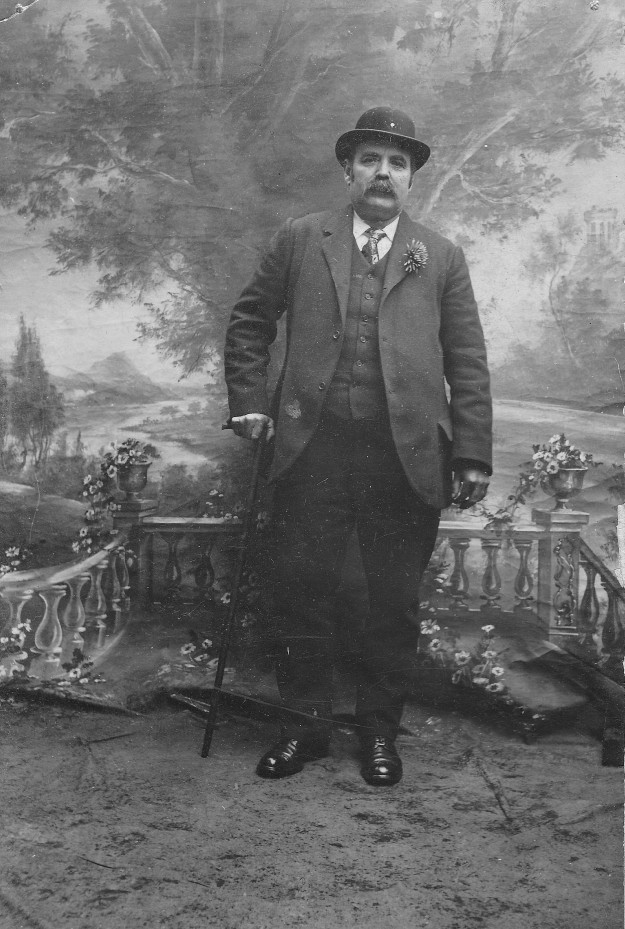 Mary Isabella Gilhome nee Porter was born in Newcastle on 29 November 1857, daughter of a mariner, but she grew up with her paternal grandmother, Mary A Porter, in Cley, Norfolk. But by 1881, aged 23, she had returned to Newcastle and was living in Jesmond as nursemaid to the children of the Sopwith family. 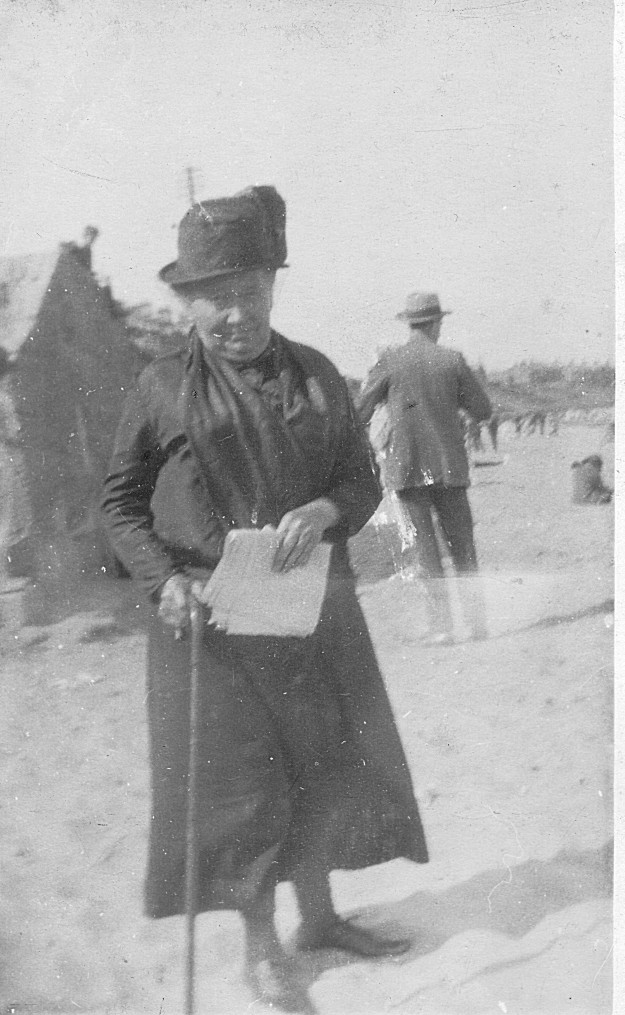 Isaac and Mary Isabella married in 1887 and lived in Bensham before, some time around 1891, moving to 35 Tenth Avenue, with their two eldest children Dorothy and Sarah Elizabeth. 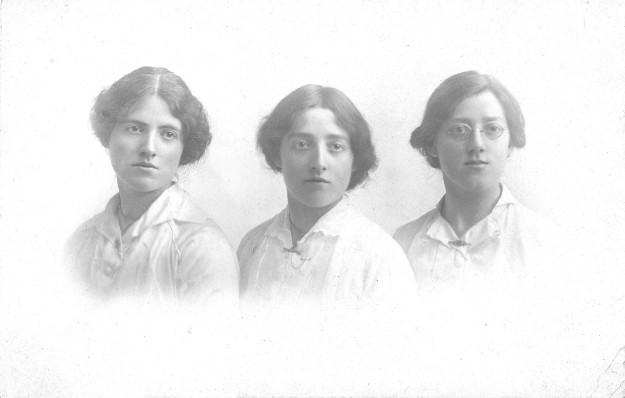 The family continued to grow, with John Porter, Mary Isabella and William born in the 1890s. At some point before 1911, the expanding family moved to a bigger house at 31 Cheltenham Terrace. Isaac eventually opened his own shop. By the time of the First World War, he had three shops in Dalton Street, Gibson Street and Shields Road. Isaac died in 1924 and Mary Isabella in 1930. This is the story of their children, all of whom grew up in Heaton.

Dorothy, known as Dora, the oldest of the Gilhome children, was born in 1888 and in 1894 was in the first intake of children to the new Chillingham Road School. When she left school, aged 14, Dora stayed at home to help her mother with the family home and care for the younger children. She married Jack Denmead in 1923 and the couple eventually settled in Romford, Essex. Dora died of cancer tragically young in 1942.

Sarah Elizabeth, known as Lizzie, was born in 1890. When Lizzie left school in 1904, she trained as an upholstress, working for Robson’s furniture store, on Northumberland Street, where she was joined, four years later, by her younger sister Mary. Lizzie married Robert Davidson from Berwick, a plumber who worked for the gas company, before opening a sweetshop next to one of Isaac’s butcher’s shops. Their only daughter, Mary Isabella, was born in July 1918. Gwen clearly remembers being allowed to play in the sweet shop when it was closed. Lizzie died in 1976.

John Porter was born on 7th January 1892. Like his father before him he worked in the family butcher’s shops in the evenings and weekends from the age of 8. At the outbreak of war, John joined the Navy and in May 1916 was involved in the Battle of Jutland, the only major naval battle of World War One. It’s not clear whether John Porter’s ship was one of those lost in the Battle of Jutland. We do know, however, that in 1917, he joined HMS Caledon, when it was commissioned on 6 March 1917. The Caledon saw action in the second battle of the Heligoland Bight. It was struck by a 12” shell, but fortunately not seriously damaged. 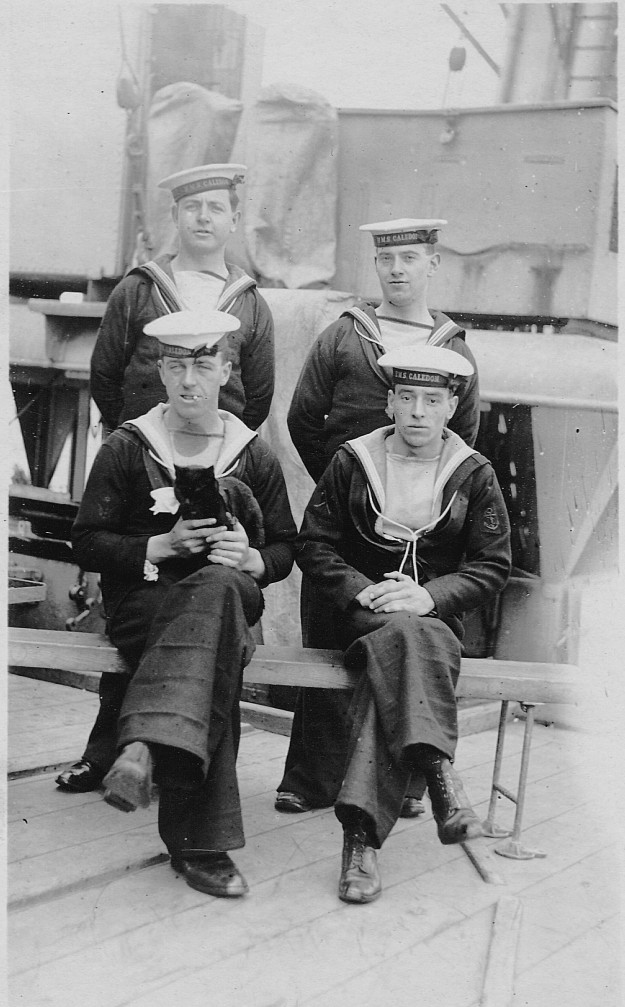 After the war, John married Edith Wilkinson. He died in June 1947 in Hexham of TB.

Mary Isabella was born in 1894, leaving school in 1908 to work as an upholstress with her sister. At the start of the war, when John signed up for the Navy, Mary was also keen to do something to help the war effort. There was a particular call for young women to train as nurses and Mary responded, starting her two year probation period at Lemington Infectious diseases hospital. 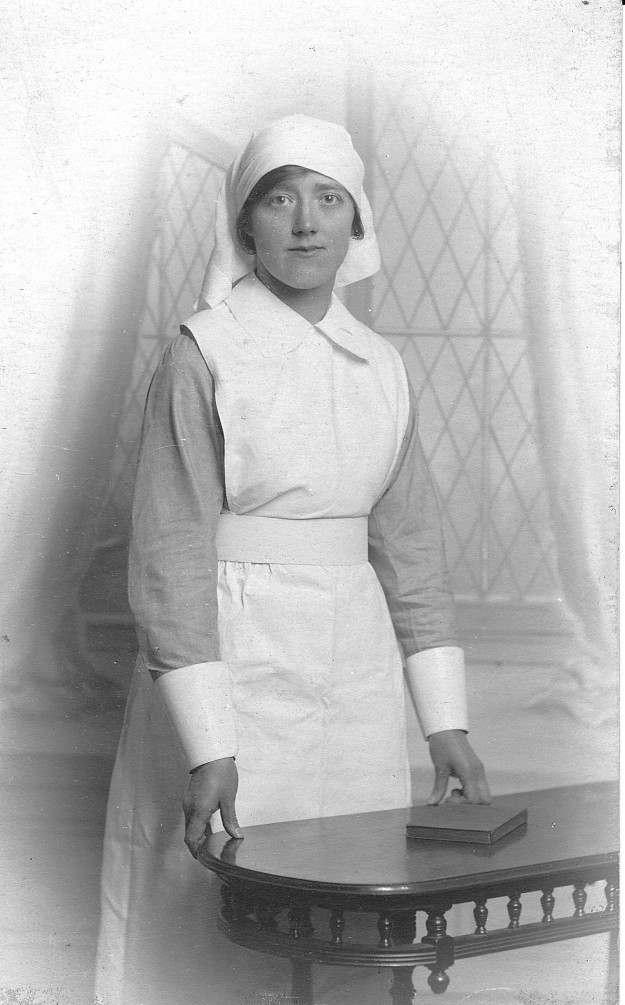 Whilst at the hospital Mary set up the Newburn Isolation Hospital War Savings Association. The War Savings Movement was established in March 1916 as a way to bring in much needed revenue to fund the war effort. The National Savings Committee was supplemented by volunteer local committees and paid civil servants. Posters encouraged workers to invest in the National Savings Scheme and would buy stamps for 6d, with a promise that each 15/6 saved would be repaid as £1 in six years time. Interestingly, the movement used the swastika as its logo, although this was subsequently abandoned by the government. 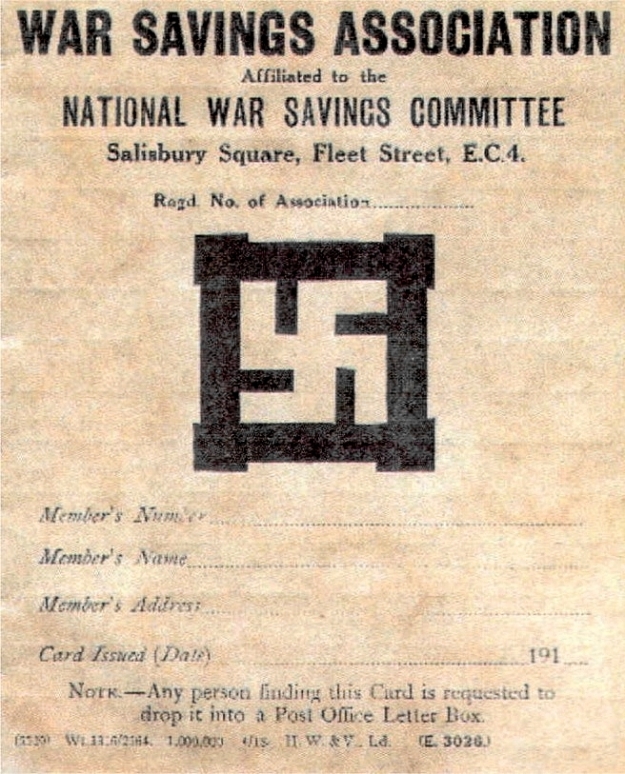 The National Savings Movement continued to thrive after the war and was instrumental in providing funds in World War 2. It continued until 1978, before becoming National Savings and Investments, which still operates today and runs, amongst other things the Premium Bond scheme. Mary’s role as Honorary Secretary of the association was recognised in a letter from Lloyd George after the war. 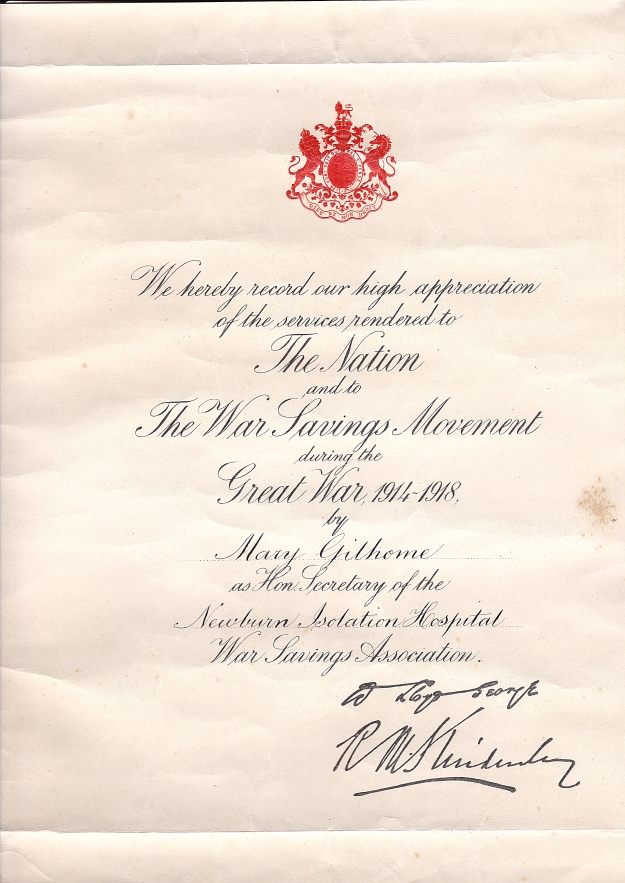 After the war, Mary briefly gave up her nursing career to nurse her father. She then studied midwifery, qualifying in 1928, and she continued her career as a nurse, moving to the West Riding of Yorkshire, where she worked as a district nurse, until she retired in 1959 (some five years later than she should have) when she returned to Newcastle to live. Because of the isolated nature of her caseload, Mary replaced the district nurse’s bike for a motorbike. Mary died in November 1992.

William, the youngest child of the family, was born on 29 June 1898 and like all of his siblings went to Chillingham Road School. Unlike his siblings, he was in the first cohort not to have to make a contribution to the school board, receiving free education. At the age of 8, William had a severe bout of diphtheria and was nursed at home, in part by Mary, which may have helped spark her interest in both nursing and working with infectious diseases.

Like his brother, William helped out in the shop and was keen to join the war effort. The family legend is that he joined the Northumberland Fusiliers at the age of 16 and was sent straight to fight in Italy, along with a battalion of the Royal Muster Fusiliers from Ireland. However this story raises some questions. Firstly, the army only recruited young men aged 18 or over and didn’t send them to the front until they were 19.

Secondly, Italy was not a major focus for fighting in World War 1. The 10th and 11th service battalions of the Northumberland Fusiliers were deployed to Northern Italy to strengthen local resistance, but not until November 1917, when the first garrison battalion of the Royal Munster Fusiliers were also deployed to the area to defend lines of communication. It seems likely that this was when William was deployed, although he never spoke to the family about his wartime experiences. There is a photo of him in Italy with his Lance Corporal and his medal records show him as having fought in both the Northumberland and Royal Muster Fusiliers, which supports this position.

William would have been involved in the battle of Vittorio Veneto, which was instrumental in the collapse of the Austro-Hungarian Empire and the end of the war.

After the war, John and William completed their training as butchers and after their father’s death in 1924, jointly took over the family shops. This proved not to be a successful arrangement and John subsequently bought William out of his share. William then went on to manage a shop in Gateshead before opening his own store in Low Fell. He married Ann Armstrong at St Silas’ Church, Byker in 1928 and the couple settled in Gateshead. Their daughter Gwen was born in Gateshead in June 1936. During World War 2, William served in the Home Guard as a Private in E Company of the 8th Cumberland Battalion. William died on of a heart attack in 1964, having suffered from heart disease since 1945, thought to be as a result of his childhood diphtheria.

Thank you to Gwen Usher for sharing the Gilhomes’story with Heaton History Group member, Michael Proctor, who carried out additional research. If you have information, memories or photographs of Heaton to share, please contact Chris Jackson