Heaton has a proud football history. Newcastle East End, one of the two clubs which merged to form Newcastle United, used to play their home games on Chillingham Road at what was considered one of the top grounds of the day. Arguably the Magpies’ greatest ever player lived for many years in Stratford Villas where you can find a plaque recently erected in his honour. And local semi-professional club, Heaton Stannington, currently in Northern League Division Two, is itself at least 112 years old. We are delighted to announce an evening at which you can hear about Newcastle United’s early history and the story of the Stan.

Paul Brown, author of ‘All with Smiling Faces: how Newcastle became United, 1881-1910’ will talk about the early history of the Magpies, from the club’s formation to its first FA Cup win, where the team was captained by Colin Veitch.

Kevin Mochrie, Heaton Stannington’s official historian, programme editor and PR Officer will cover the history of the Stan from its formation to the present day. 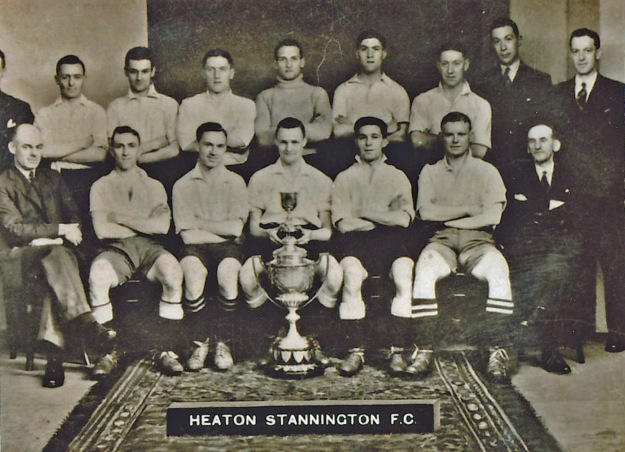 The talks will take place at Heaton Stannington FC, Grounsell Park, Newton Road NE7 7HP on Wednesday 10 December at 7.30pm. Entry fee is £2 (free for members of Heaton History Group). Capacity is extremely limited so please book by contacting maria@heatonhistorygroup.org / 07443 594154. We ask you to arrive and take your place by 7.15 after which we’ll allocate any unclaimed seats to our reserve list.

There will be a bar open from 7.00pm, serving real ale and we’ll have a football themed raffle. It should be a great night!