Alexander Wilkie was born in 1850 in Leven in Fife, Scotland, where he became an apprentice to a firm of shipbuilders in Alloa. Although he spent his formative years and early adulthood in Scotland, it was on Tyneside, while living in Heaton, that he was to make his name, after he became the first General Secretary of the Associated Society of Shipwrights in 1882. This was an early national shipbuilders’ trade union and was based initially on the shipyards of Glasgow and Tyneside, reflecting the large number of ships being built on the Rivers Clyde and Tyne in the later years of the nineteenth century. 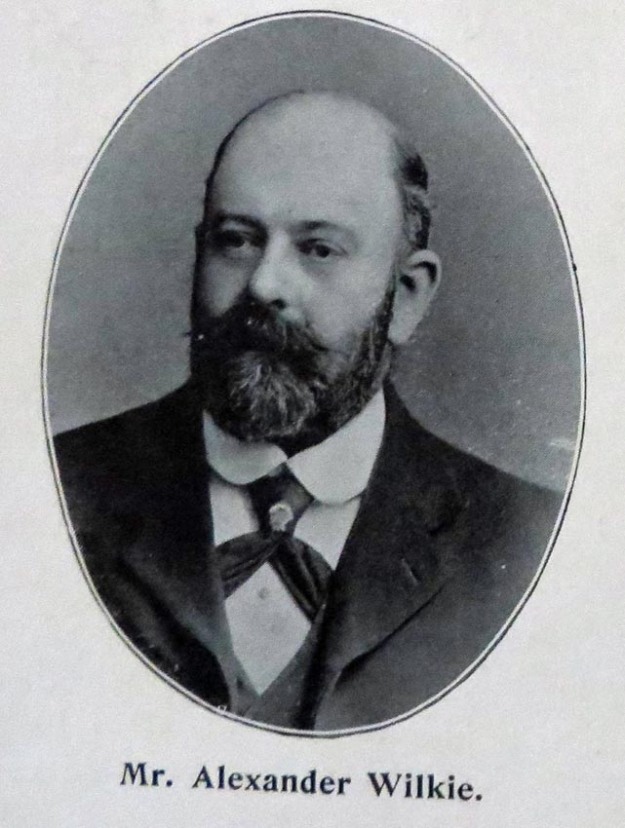 By 1897, Wilkie was also the Chairman of the Trades Unions Parliamentary Commitee and one of the founders and trustees of the General Federation of Trade Unions. He was a member of the Council of Federated Trades. He was also politically active in the nascent Labour Party and contested Sunderland for Labour (unsuccessfully) in 1900. 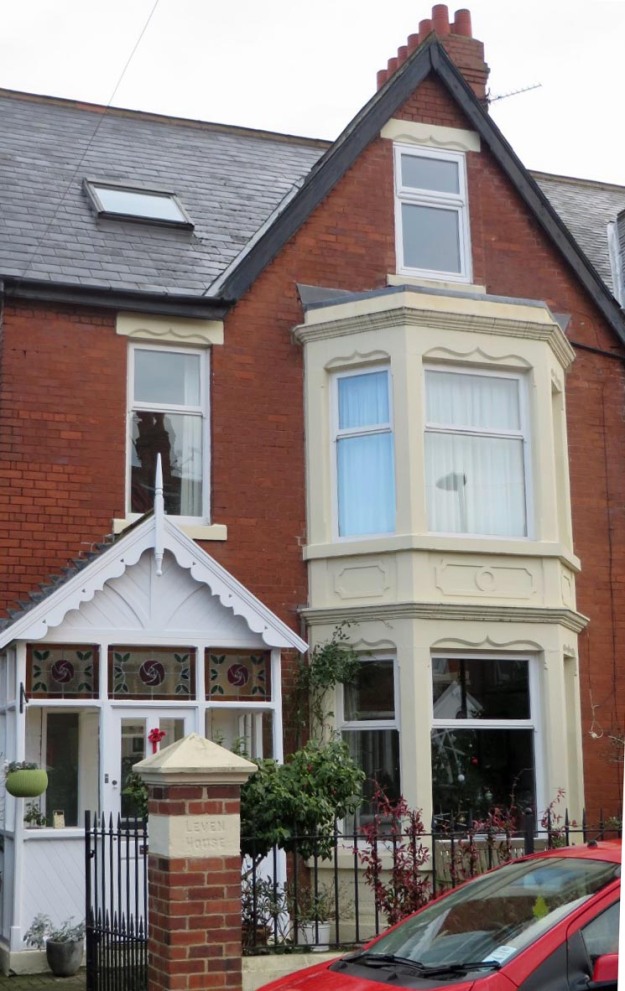 He named this last address ‘Leven House’ in recognition of his birthplace. In his personal life, Wilkie married Mary Smillie, daughter of James Smillie in 1872.

Wilkie was always involved in local affairs, wherever he lived. He was a delegate to the Trades Council in Glasgow when he worked there for the Glasgow Shipwrights. When he moved to Newcastle, Wilkie served for a number of years on the School Board and then on the Education Committee which replaced it. His interest in education was further developed, after he became a councillor in Newcastle in 1904.

Wilkie was finally elected to parliament in 1906 as an MP for Dundee. He has the distinction of being the first Labour M.P. in Scotland. Hansard records his first speech to parliament being on 28 February that year, in an intervention during a debate about the Poor Law Commission. He spoke, he said as Scotland’s first Labour MP ‘to voice the keen disappointment of the Scottish workers that so far their claims to representation on this Commission had been disregarded.’

Labour then won 40 seats across Britain in the January 1910 general election including Wilkie himself, who was elected again in Dundee and was becoming something of a national political figure. He represented Dundee, in a two-seat constituency, alongside the victorious Liberal candidate, a certain Winston Churchill. Wilkie retained his seat in December 1910 as Labour won a further two seats nationally. He was to remain as an MP for Dundee until 1922.

However Wilkie retained close links with the city of Newcastle-upon-Tyne. In 1910, he was made a magistrate here, while in 1917 he became a Companion of Honour. When he retired from national politics in 1922, Alexander Wilkie returned to his Heaton home and became an alderman.

It was surely very appropriate that on Mayday, 1 May 1914, the ‘Newcastle Daily Journal’ reported that Alexander Wilkie had been the honoured guest at a large gathering at the Cooperative Hall, Darn Crook. It was further reported that Wilkie was presented with a gold watch and a cheque, whilst his wife was given a silver salver. All this was in recognition of what the ‘Newcastle Daily Journal’ described as his ‘thirty three years service as Secretary of the Ship Constructors and Shipwrights Association, and in acknowledgement also of his work on behalf of trade unions generally’.

The Lord Mayor paid a special tribute to Wilkie saying that he had come back specially from London for the ceremony and that he had come not only as Lord Mayor, but as a personal friend of Wilkie. The ‘Newcastle Daily Journal’ went on to report that, ‘the gathering had been arranged in order that they might show that they recognised the services which Mr Wilkie had rendered to the community and to the labour world, particularly the shipwrights. They deserved also to show their affections to Mr Wilkie as a man of the world.’

Wilkie was a very active member of the House Commons and spoke on many issues. Despite these interventions including a wide range of topics, he never forgot his commitment to the shipyard workers in places like the east end of Newcastle and Wallsend. In 1918 for example, Wilkie spoke about naval shipwrights pay and skilled labour in shipyards, while the following year he spoke about increases to dockyard workers’ pensions and national shipyards.

The Fife Free Press reported on 8 September 1928 that, ‘the universal esteem in which he was held was evidenced by the large attendance (at Wilkie’s funeral)’ and that, ‘the hearse was proceeded by two open landaus heaped high with beautiful wreaths – tributes of esteem and affection from all sections of the community.’ The last rites were then performed as the band played ‘Abide With Me’.

Wilkie left a huge legacy of trade unionism on Tyneside, with the shipyards at the forefront of this movement. Indeed by the end of the 19th century, north east England was the most unionised region of England, having already had unions formed in the mining and engineering industries, before the Associated Society of Shipwrights was formed in 1882. Wilkie’s work helped to build this tradition further. His political legacy can be seen in Labour’s dominance for many years in Scotland, particularly from the 1960’s onwards, until the landslide by the Scottish National Party in 2015.

If you know more about Alexander Wilkie, especially his time in Heaton, we’d love to hear from you. Please either leave a reply on this website by clicking on the link immediately below the article title or email chris.jackson@heatonhistorygroup.org