Have you made your cake yet? Sweets to share after the Queen’s speech? Or drinks for guests who might be driving? If not and you like to use traditional, local recipes, then look no further. We present Christmas recipes from Heaton Hall, lovingly collected over almost fifty years between about 1869 and 1915. 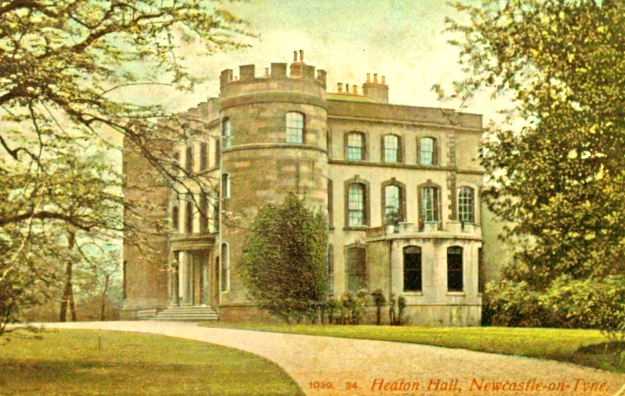 Heaton History Group’s Arthur Andrews acquired a unique, handwritten recipe book, when he called into Keel Row Books in North Shields and fell into conversation with proprietor, Anthony Smithson. The book, which as well as recipes, mainly for desserts and cakes, also contains diets for invalids, remedies, household hints and even advice on how to tame a horse. It had at one time been the property of cookery book collector, Irene Dunn, formerly a library assistant at Newcastle University’s Robinson Library: there is a bookplate to that effect inside the front cover, dated 1988.

The book itself was attributed in the shop’s description to Hannah Beckworth, although her name doesn’t appear in the book. Naturally, Arthur wanted to dig deeper.

Heaton Hall was owned for many years by the Potter family and they had a large retinue of domestic servants to enable them to live in the manner to which they had become accustomed. One of the most important roles was that of the cook to keep them ‘fed and watered’. The following are the cooks of Heaton Hall, as listed in the ten yearly census.

There are no cooks specifically mentioned in 1841, 1851 or 1911. Of course, there may have been many others during the ten year intervals between censuses and before and after those listed but it was a start and it immediately became clear that the last of these was the person to whom the book had been attributed.

Further research showed that she wasn’t, in fact,  Hannah Beckworth, but Hannah Beckwith. Hannah was born in 1871 at Pelton, Co Durham to Joseph and Mary Beckwith. In 1881 she was at school and by 1891 she was in domestic service, working as a ‘scullery maid’ at Woolsington Hall, near Newcastle. By 1901 she had moved to Heaton Hall and was employed as the cook with a kitchen maid, Jane Matthewson (23), working under her. She was, at that time, cooking for Addison Potter’s widow, Mary (72) and two of their children, Charles Potter (48) and Francis Potter (31). By 1911 Hannah had moved on to Derwent Hill, Keswick, where she cooked for the Slack family. After this her whereabouts are unknown.

But, although Hannah may have been the final contributor to the recipe book, she couldn’t have been the original writer as it was started at least two years before she was born. And none of the other cooks or domestic staff appear to have been at Heaton Hall for long enough.

The first page of the book is helpfully dated. 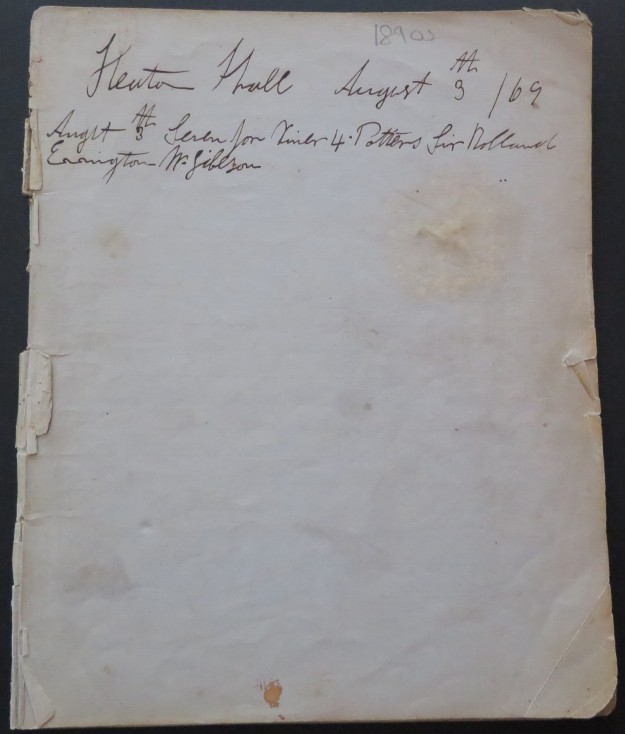 This entry states that on 3rd August 1869, there were seven for dinner, mentioning four Potters, Sir Rolland Errington (sic) and Mr Gibson. 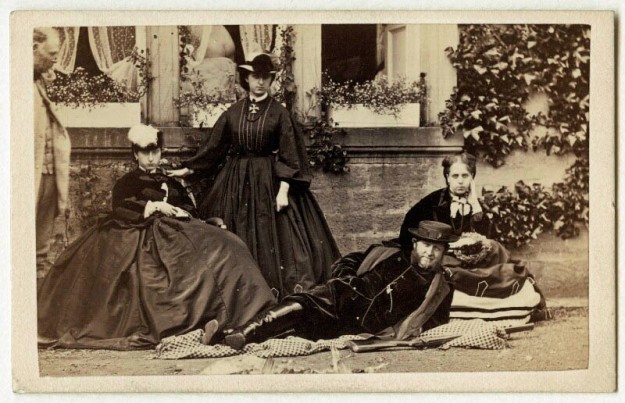 Sir Rowland Errington, was a wealthy landowner, whose estate was Sandhoe Hall, near  Hexham. He was High Sheriff of Northumberland in 1855 and became the 11th Errington Baronet in 1863. The photograph above in the National Portrait Gallery was taken by John Pattison Gibson, a notable photographer from Hexham. It is the only portrait by Pattison in the national collection perhaps because Gibson’s main interest for most of his career was landscape, architectural and archaeological photography. Portraits were mainly earlier works. Gibson’s archive is held by Northumberland Archives. We can’t be sure but this photographer may have been the Mr Gibson mentioned as the second guest. Unfortunately, we don’t know who the third was or what was eaten at the dinner party.

The first writer may have been the cook at that time, possibly Mary Hervison. The writing is untidy and a guest’s name is misspelled but Mary wasn’t at Heaton Hall by 1881 and much of the rest of the book is written in the same neat hand. Could this by the handwriting of a member of the Potter family?

In 1869, the Potter family comprised:

Addison Potter, aged 48, a cement manufacturer at Willington Quay and Addison Colliery owner near Blaydon. He was Lieutenant Colonel of 1st Northumberland & Durham Artillery Volunteer Corps and was variously Lord Mayor of Newcastle (1873 and 1874), an Alderman and a JP.

The only plausible candidate for the cookery book compiler is Mary Potter nee Robson. Mary married Addison Potter in 1859 and in 1861 were living in Chirton House, North Shields. They moved to the Potter family home, Heaton Hall, some time before 1871. The recipe book suggests it was before August 1869.

We do not know for sure but the handwriting and spelling looks like that of somebody well educated. And as the mistress of the house, supervision of the kitchen staff and activities would have been her domain. Mary lived at Heaton Hall until she died on 21 September 1904. After her death, the book may well have passed to Hannah Beckwith, her cook at that time. But the Christmas recipes we bring to you today may well be favourites of Mary Potter herself.

The writer says the first Christmas cake recipe is the best she has tasted. 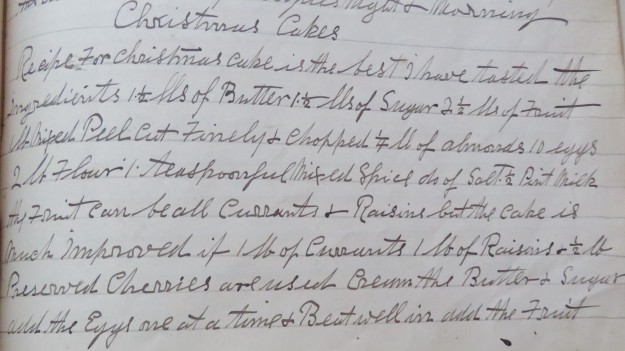 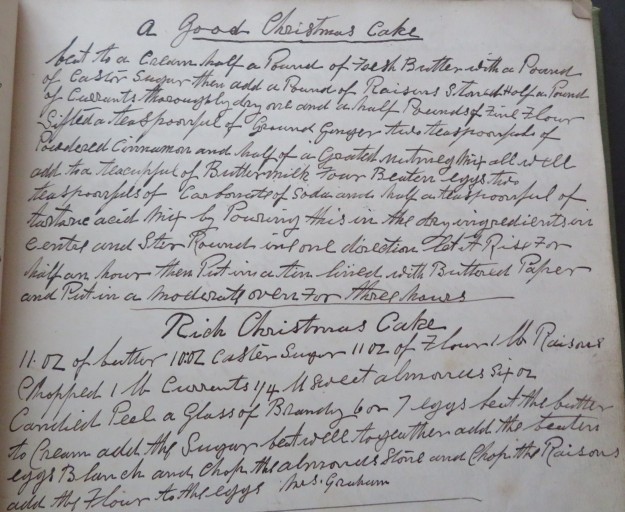 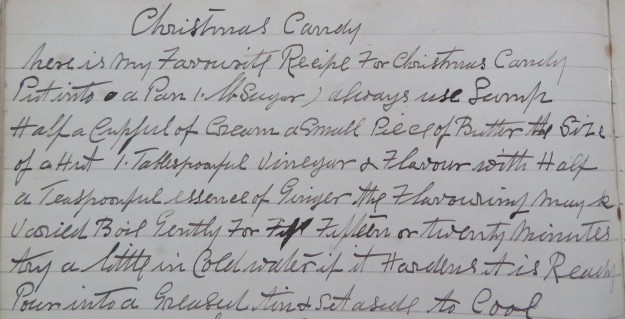 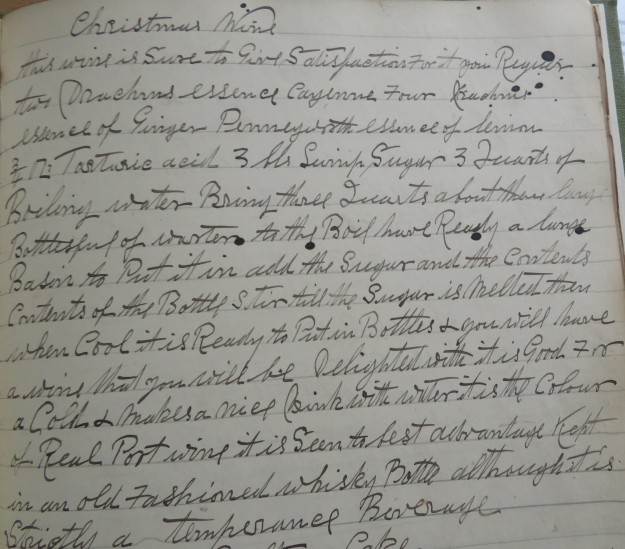 The book gives us a small insight into the lives and the preoccupations of the Potter family of Heaton Hall and we’ll feature more from it in the future. In the meantime, Happy Christmas from Heaton History Group  – and be sure to let us know if you try any of the recipes.

Researched and written by Arthur Andrews, with additional research by Chris Jackson. Thank you to Anthony Smithson of Keel Row Books, North Shields.

If you know more about anybody mentioned in this article, we’d love to hear from you.  Please get in touch either by clicking on the link immediately below the title of this article or by emailing chris.jackson@heatonhistorygroup.org