William Armstrong, Baron Armstrong of Cragside (1810–1900) is best known as a practical engineer and scientist – the inventor of modern artillery and creator of the first house in the world to be lit by hydroelectricity – but he had an intensely romantic side that revealed itself in his shaping of the landscape around him. ‘I am a greater lover of nature than most people give me credit for,’ wrote Armstrong in 1855, by which time he had started to transform his garden and grounds in Jesmond Dene to reflect his dream of living in the mountains. 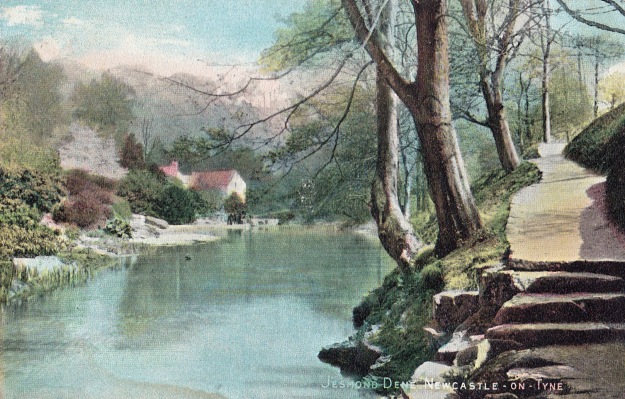 Armstrong’s attachment to Jesmond Dene, which began in childhood, remained strong throughout his long life. As his prosperity increased, he was more and more inclined to share the pleasures of the place with others. For example, in the early 1860s, he built a Banqueting Hall in the dene – not for lavish feasting, but for entertaining his workers at tea parties. In 1884 he handed over the dene and the hall to the citizens of Newcastle in perpetuity, with clear instructions about their preservation and use.

AT our talk on Wednesday 25 March 2015, Henrietta Heald, author of ‘William Armstrong, Magician of the North’, will talk about the long association between Armstrong and Jesmond Dene, the dene’s status as a public park, and the future of the Banqueting Hall, which is now the subject of a restoration campaign. The talk will take place at The Corner House, Heaton Road, NE6 5RP at 7.30pm (Doors open at 7.00pm. You are advised to take your seat by 7.15pm). Please book your place by contacting maria@heatonhistorygroup.org /07443 594154.

2 thoughts on “Dreams of Nature: William Armstrong and Jesmond Dene”